"Heat Wave", the title of the fourth Thundermother album is as succinct as the message from the Swedish high voltage rock'n'rollers: "Be ready, Thundermother will come over you like a sound heat wave! We sweep you away with our sound energy. And our goal is nothing less than Rock 'n' Roll World Domination! "

Thundermother have big plans with a solid foundation. The Thundermother sound on the new album "Heat Wave" is even groovier, fatter and presents 13 tracks with an absolute catchy tune. "Heat Wave" that reveals the full potential of the four exceptional musicians. The special mix that Thundermother create on this album appeals to fans of rock 'n' roll, blues, punk and heavy metal alike.

In 2017 the band reformed completely. Founder and guitar goddess Filippa Nässil achieved a real stroke of luck with this line up. Front woman Guernica Mancini gives the songs a unique touch with her blues-soaked voice. The band is completed by the hard rhythms of drummer Emlee Johansson and Majsan Lindberg on bass. The new band formation found its line within rock 'n' roll.

For the first time since the band was founded in 2010 all four band members now contribute to the new songs. Whether in the lyrics or the arrangements - Thundermother's heart and brain are in the music. The fine tuning was provided by the Danish hard rock hitmaker Soren Andersen, an experienced producer and gifted guitarist who has worked for Glenn Hughes, Mike Tramp, Dave Mustaine, Tommy Aldrige, etc. In the space of three weeks the rockers created a top-class album in his Copenhagen Medley recording studio. Thundermother and Soren Andersen: According to the producer, a "match made in heaven". You can hear the emotional and creative harmony that has existed from the beginning between the producer and the band in the songs. The result: A more sophisticated version of an AC/DC motorhead sound, with fresh modern hard rock elements and a rich 70s groove. The songs cover the entire spectrum of life, everything from love ballads, blues songs to party hits.
Filippas Nässil's favorite track on the album is called "Free ourselves". An energetic song with a stunning AC/DC-like sound and a political message: Don't let laws regulate you that way. Rockn Roll needs space, we humans need space to develop.
Emlee Johannsson prefers the song "Driving in style". A cool mix of heavy metal riffs with a chorus that sounds like a skate punk song. 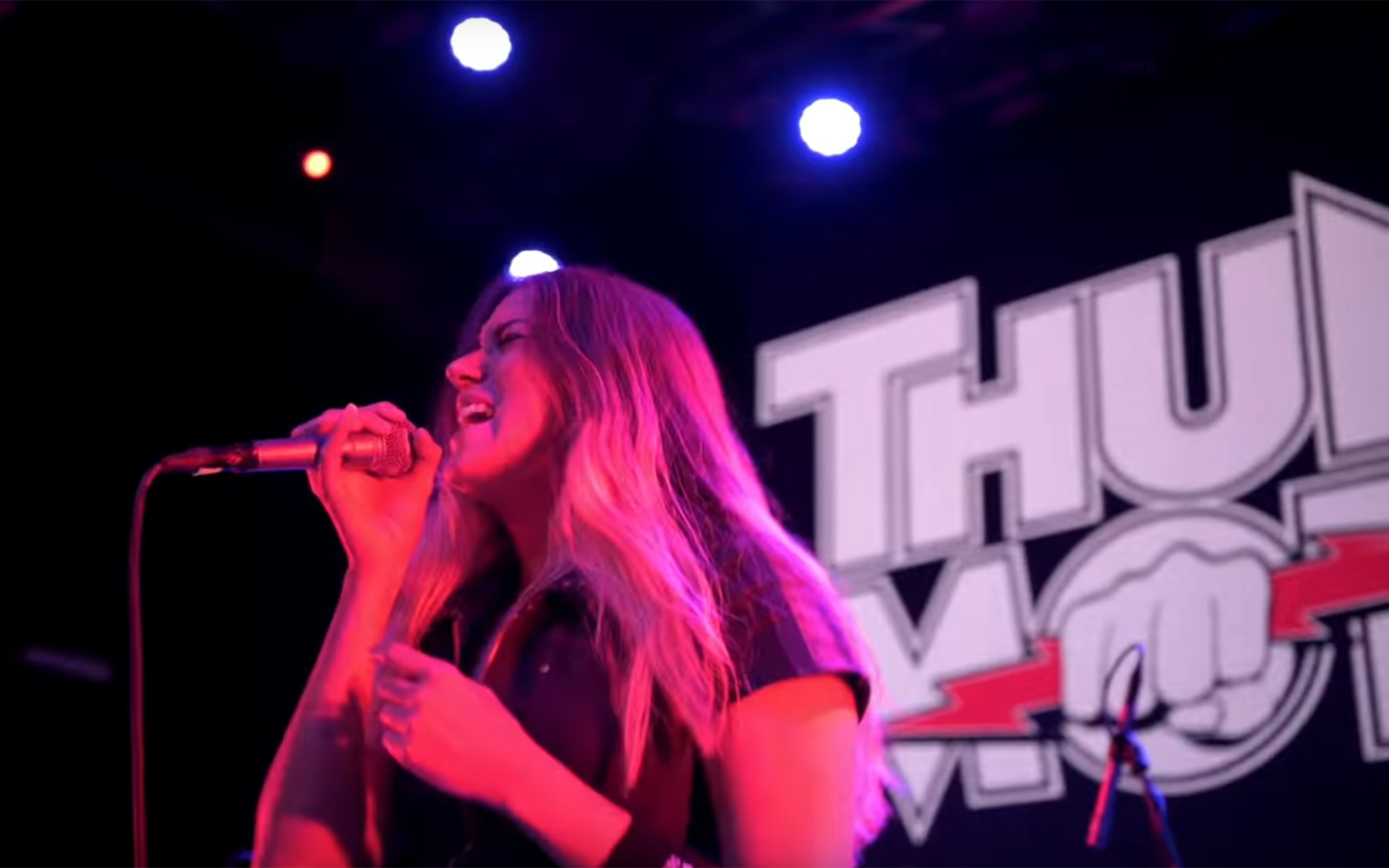